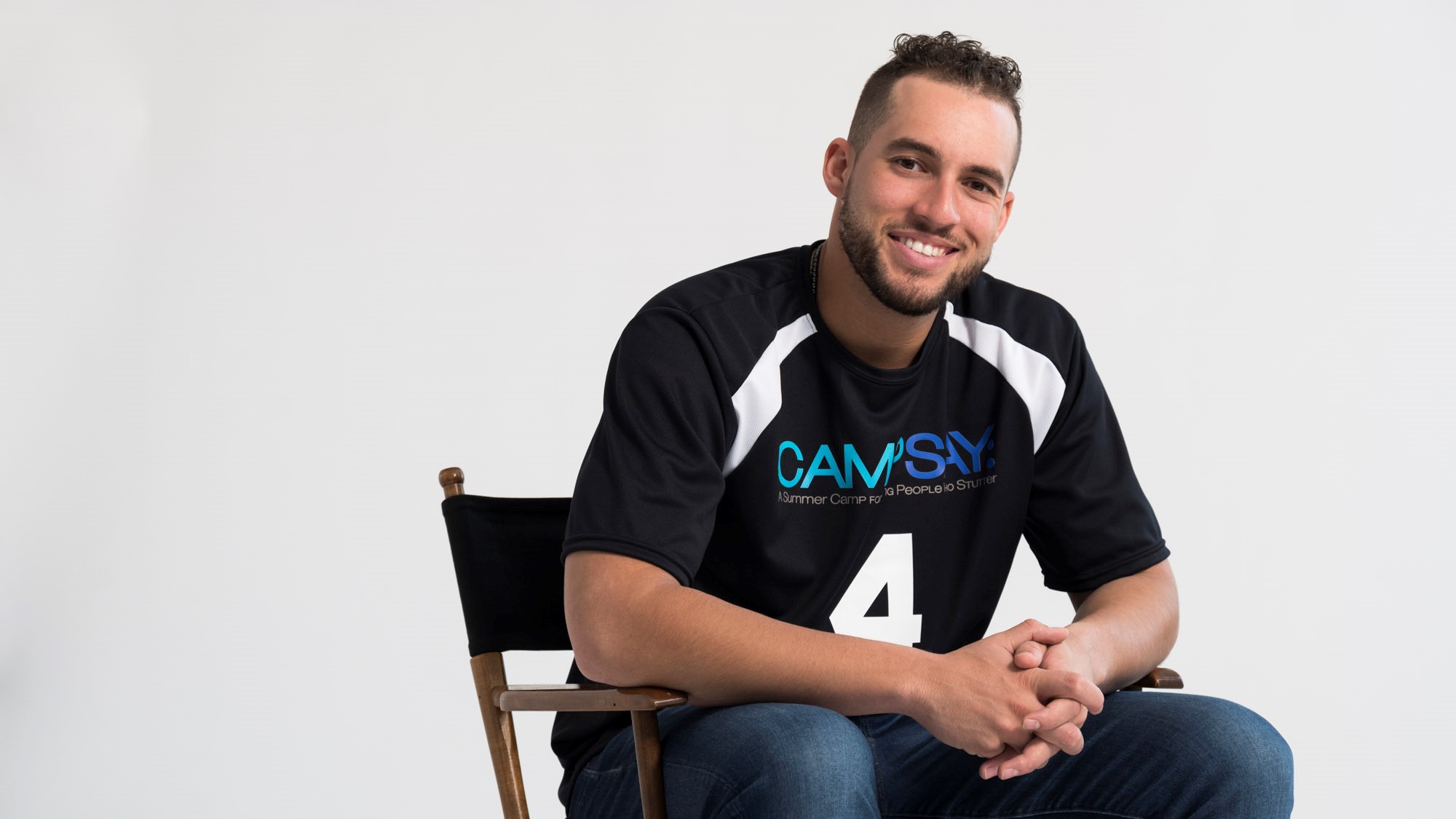 I'm thrilled to team up with SAY

George Springer relied on determination and baseball to build his confidence after struggling with a stutter. Now, the MLB outfielder is helping others do the same through SAY: The Stuttering Association for the Young.

I totally embrace my stutter - it makes me who I am.

More than 70 million people stutter, including 5% of all young children. George Springer teamed up with SAY and speaks openly about his own journey to spread stuttering awareness and help inspire, encourage, and support children who stutter.

Join George Springer’s Fundraising Team! CLICK BELOW to make a tax-deductible donation to The George Springer Kids Fund and help support kids and teens who stutter.

Some people have blue eyes, some have blonde hair, and some people stutter. I've never let it hold me back and with SAY, I want to help kids who stutter build the confidence they need to pursue their own dreams.

George Springer is so cool and he stutters. I want to be a sports announcer and he makes me feel like that's possible.